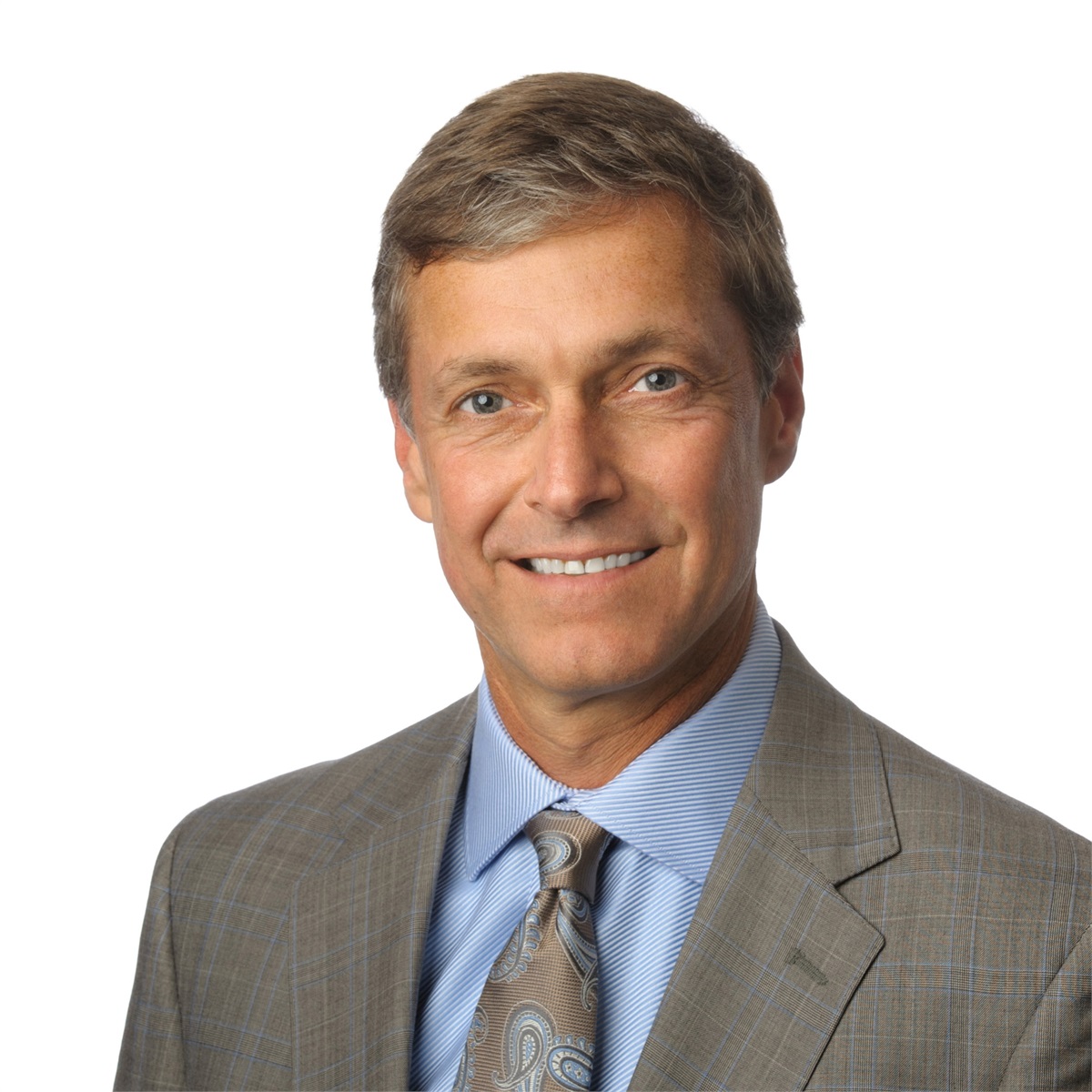 Trillions (with a “T”) already spent on COVID response. And now Washington is proposing and debating another big round of spending. This time, it’s infrastructure. How should we be thinking about that? Good thing? Bad thing? This debate has plenty of room on both sides. But we are going to do something. “How much?” and “What are we spending it on?” are the key questions that need to be answered.

It's hard to argue that infrastructure spending in the US has fallen behind. I may be a line item on Pep Boys’ P&L given the number of tires I have had to replace driving over (and into!) potholes on our streets. As you can see from the chart below, what used to average about 4% of Federal spending every year has steadily fallen to the 2.5-3% range for the last 30 years. The result? Type “crumbling bridges” into Google and see what pops up. 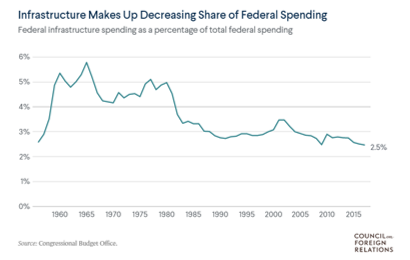 To enable a robust and growing economy, we must have world class infrastructure. Today we are far from it. It’s not hard to understand why this has happened. Mandatory spending (Social Security, Medicare, etc.) now makes up almost $3 trillion/year or almost 2/3 of the budget. As America ages, those numbers aren’t going down. Discretionary spending line items get crowded out or reduced. Sadly, infrastructure spending is categorized as “discretionary.” I guess it is – up to a point.

To make matters worse, the 2040 US infrastructure investment as a % of GDP is projected to fall to 1.5%. That ranks us next-to-last in the entire G20. How in the world are we being outspent by Turkey? 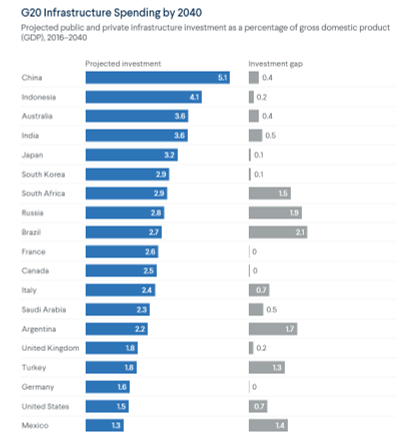 President Biden’s proposed American Jobs Plan aims to cut into that underinvestment. If the US is going to get back to consistent 3%/year GDP growth, we have to have more investment here. His $2 trillion proposal has lots of spending on what we have all traditionally thought of as infrastructure. $620 billion on transportation. Another $400 billion or so on schools, water systems, the grid, broadband, etc.

But his proposal also includes a significant expansion of what falls under the umbrella of “infrastructure.” $200 billion in homes for low and middle-income families. $400 billion for caregivers to the elderly and to those with disabilities. $300 billion on very broadly defined R&D. Many have described his proposal as being divided into two parts: physical infrastructure and human infrastructure. Our country is badly in need of investments in both. But a careful read of what is included in human infrastructure goes well beyond caregiving, education, training/re-training and development for the US workforce.

Oh yeah. How is this all going to get paid for? I’m out of room so that will have to be a topic for another discussion.

Mark is a co-founder of Lanier Asset Management and serves as its Chief Executive Officer. Prior to founding Lanier, he was a partner at The Boston Consulting Group. Mark is an honors graduate of The University of North Carolina at Chapel Hill with a BA in Economics, and holds an MBA from The Harvard Business School.